In solidarity we can end gender-based violence at work 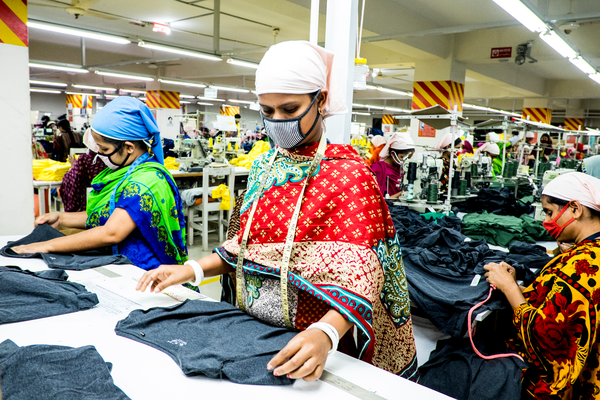 I am constantly reminded at Solidarity Center about the power of collective action to bring about change - and nowhere is this more evident than in the work we are doing with our union partners to end gender-based violence in the workplace.

C&A Foundation has been tackling this in the fashion industry for years but it is a problem across all sectors and supply chains, not just in fashion.

Our fight reached a critical milestone this year when the International Labor Organization (ILO) voted to adopt the Violence and Harassment Convention (C190) - the first piece of international labor law that enshrines the rights of workers to do their jobs without fear of abuse or harassment, including gender-based violence and harassment (GBVH).

Following that historic vote, we are riding a wave of momentum into this year’s 16 Days of Activism Against Gender-based Violence campaign, starting on 25 November - the International Day for the Elimination of Violence Against Women.

Despite days and campaigns like these in the global calendar, GBVH remains a shameful reality across the world. It is an epidemic in our workplaces and the primary barrier to gender equality in the world of work. We know this, yet a third of countries still have no formal protections for workers, and where countries do have laws they are often inconsistent or poorly enforced.

That is what we’re on the cusp of changing, and why this year’s 16 Days of Activism campaign is themed #RatifyILO190. Through our local partners, we will be building pressure on governments around the world to keep their promises by formally ratifying C190. Once two countries step forward to ratify C190, it will become law for all ILO member countries in 12 months.

C190 might sound like a lofty piece of legislation far removed from the struggles of women and vulnerable workers, but in reality it was drafted and fought for by grassroots organizations, unions, and coalitions of mobilized workers from many countries. It reflects their lived experiences.

Importantly, it sets an international standard for worker protections - not only women and other vulnerable groups, but all workers across all sectors, formal and informal. The scope is purposefully broad, inclusive and intersectional. It protects workers beyond the bricks and mortar buildings where they work and recognizes that violence can happen commuting to and from work, via “cyber bullying” and in housing provided by employers. Sadly, we hear from a lot of women that they are attacked in the bathrooms at their places of employment. C190 will help bring an end to these injustices.

At the United Nations General Assembly in September, C&A Foundation launched a joint statement in support of C190: Our Commitment to a Future with Fair Work alongside Freedom Fund, Fundacion Avina, Humanity United and Open Society Foundations.

To write a new script for workers, we need to mobilize from the ground up - grassroots worker movements, human rights and women’s rights NGOs, industry voices and corporate foundations. When we all call on governments and businesses to change, our collective voice becomes impossible to ignore.

Robin Runge is the acting director of the Equality and Inclusions Department and Senior Gender Specialist at Solidarity Center.