Empowerment and transparency in the fashion industry were among the issues discussed at the conference, which was held in San Francisco, California 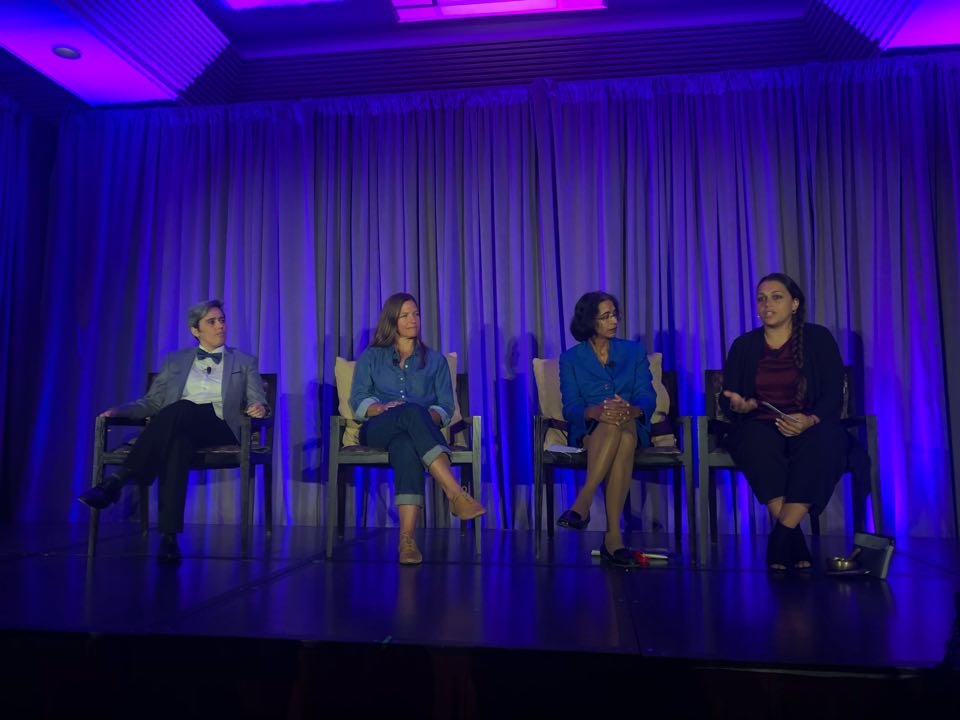 Empowering women, making the fashion industry more transparent and fighting violence in the workplace are all urgent issues. Therefore, bringing women together to share their experiences and the lessons they have learned is a timely initiative. That is what happened at Women Funded 2019 (WF), a conference organised to bring women from all over the world together in San Francisco (United States) to discuss solutions such as empowerment and promoting female leadership, so that more women are able to benefit from these changes.

WF is a biennial event, and this year’s topic was female leadership, with debates and discussions also addressing climate justice, economic inequality, the lack of representation and gender stereotypes, always with an eye to improving the lives of women and girls around the world. The exchange of experiences covered a broad range of topics, enabling participants to go back to their countries and put into practise the lessons learned at the conference.

K.K. Verdade, the executive director of the Elas Fund; Jane Silverman, who heads up the Solidarity Center in Brazil; and Rachel Micah-Jones, the founder and executive director of Centro de los Derechos del Migrante (Centre for Migrant Rights), all described the importance of participating in an event like WF.

That made it a very rich experience to be at this event. I also had the opportunity to share the experiences we’ve had at the Elas Fund in Brazil, focused on tackling violence against women, and I was able to share how we interact with the other groups we support.

I believe that transparency in the fashion industry is something we should always be striving for. At the conference, we saw how transparency doesn't depend on someone in the industry taking a decision, but rather it’s the result of a collective effort that requires a commitment from different sectors working together so that everyone is able to enjoy it.

That's why I believe it’s important to provide financing to women. A lot of these transparency initiatives come from women themselves, so we need to put money in the hands of women, financing and supporting them so that we can achieve a more transparent business process.

Jana Silverman: "We need to empower female trade unionists in the fashion industry"
My work involves promoting, supporting and preserving labour rights, focusing largely on women. So, this was the first time I'd ever participated in any kind of global event that touched on women and philanthropy as well as feminism and fighting poverty. It was really an occasion to share our experiences and it was nice to learn about other organisations and to consider future partnerships, including with organisations that also receive support from the C&A Foundation.

One thing that I noticed at WF is that there still isn’t much in the way of labour rights. The organisations represented there were more focused on gender issues. This shows that we have a lot more work to do, moving forward, to bring ourselves and other philanthropic feminist organisations closer to the world of organised labour.

One of our challenges is the situation we are living in Brazil. In terms of labour rights, Brazil is quite backwards, during the financial crisis and our political crisis, it was women who suffered the most, especially black women. We’re now seeing a dismantling, in the law, of a lot of the protections for labour rights and women's rights, and we’re also seeing a weakening of trade unions at the financial level.

This means that we need to groom leaders in the trade unions who will offer new ideas and come up with strategies for trying to get us out of this crisis.

Rachel Micah-Jones: “We’re trying to build women’s solidarity"
At WF, hearing the different experiences by women from around the world was inspiring. The deep sense of solidarity and interconnection, together with the different perspectives and contexts, created a safe space for reflection and meaningful conversations.

So, despite our different situations, we're all working to build a more equitable world for women, and many of us shared our strategies and our approaches to that end. At Centro de los Derechos del Migrante, we're trying to build solidarity among immigrant women and provide them the tools they need to organise their own communities.

One of the most valuable lessons that experience has taught us is the importance of workers’ voices. It's crucial that the voices of immigrant workers who have been directly affected by policy changes be given centre stage.

At WF, I had the opportunity to share with women from other countries the work I do in defence of immigrants’ labour rights. I spoke about female leadership in advancing the cause of immigrant justice and how we can support immigrant women as they begin to organise around their own visions for change.

Powerful network and movement for change
WF 2019 included some great accomplishments. More than 465 participants from 14 countries met in San Francisco, California, to discuss gender equity, young women's education, transparency in the fashion industry, the climate crisis and other relevant topics.

The event inspired women from around the world, and the hands-on style of the conference helped enable them to organise actions and pursue changes in their countries of origin, fighting gender inequality and promoting female leadership.

K.K. Verdade, Jana Silverman and Rachel Micah-Jones, all participants in the fight for gender equity, attended Women Funded 2019 event. They share their experiences in the following article.

Blog
A new dawn in the fight against gender-based violence at work?
Blog
Not so fast — fashion: can circular business models slow it down?
Blog
Creating a socially fair circular economy in the apparel industry
Blog
Transparency: not just a motto, but definitive action for transforming the world